May Day Reflections on UBC's Board of Governors 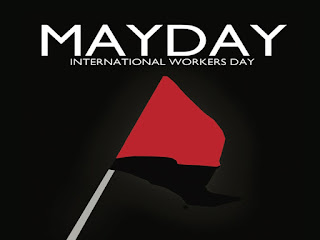 May Day, International Workers' Day, may seem an incongruous vantage point to begin a reflection on my first impressions of being a UBC Board of Governor's member. In reality, however, it is a surprisingly apposite vantage point.

International Workers' Day had it's roots in the north american labour movement's struggle for the eight hour day.  It has since come to be a day in which working people globally stand up against the intrusion of minority elites into the lives of the majority, a day to call out the injustice of privilege and cronyism, a day to celebrate the capacity of everyday working people to build a better world together.  Reflecting upon the meaning International Workers' Day helps to clarify what we need to do to take back control of our public institutions: our universities, our schools, our hospitals.

My first impression of the board has been just how closely the board is allayed with the provincial government and the small provincial economic elite.  Prior to joining the board I was publicly critical of how appointments were made and the lack of social and ideological diversity on the board. Being there shows me how connected folks are within BC's small world of the economic elite. I have enjoyed meeting my fellow board members.  They each come with delightfully differnt business backgrounds.  They are all earnest and sincere in their desire to serve. Yet they all come from a special club within which the members need only refer to members of the circle by their first names. They cross paths with each other in all manner of events (social, neighbourhood, and political) not simply those tied to the business of UBC. As an anthropologist it's apparent that I am observing members of a sub-culture accustomed to shaping their terms of their world.

Another thing that I am seeing is the very real presence that donor's have in the shaping of (if not UBC) then BoG priorities and sentiment. For example, during the April Committee meetings we had a presentation in public session from a group of UBC Athletics Donor/Supporters.  Their message was very clear - expand and rebuild sport facilities. They were also quite direct in laying out the value and quantity of their donations. Their ongoing political mobilization and attraction to athletics has driven the rebuild of sporting facilities up the capital project priority list past needed core academic facilities.  The role that donors play in shaping outcomes on campus is a problem. Why should the simple fact of having wealth grant one a bigger place at the table or to bend a pubic institution to one's personal desires?

Of course anyone can ask to speak to the BoG and anyone is welcome to write a letter to the board. Yet not all requests are granted nor are all letters heard by the full board. The deciding factor, I very much suspect, lies in the social/moral weighting that is granted by the Board to the presenter of means.  For example, a group of university residents wrote to the BoG about a deal UBC worked out with the province over the costs of fire services in the residential areas. Their letter never made it to the board.  As of this writing I am not even aware of whether the residents received a reply to their letter or not.  Perhaps after they published their letter in the Campus Resident a reply may now be forthcoming. This raises a question about how issues make it to the board and who is listened to.

One other piece of miscellany. Innovation. So sad to learn that the big idea behind this term is not so exciting as I had thought.  Innovation for the initiated is simply the application of research discoveries (primarily STEM) to money making ventures.  I think that we in the social sciences call that commodification of research.  In the business world it's called innovation and it seems to be one of the big ideas that motivates discussions around the Board table.

Very soon after my official term on UBC's BoG started I jokingly told my partner that two of my initial assumptions about the board had been confirmed but that I couldn't tell her about either of them. To do so would be to break the confidentiality hobbles placed upon governors.  I was only half joking.  I can't say which of my two assumptions were confirmed as they both refer to items that were placed on a closed agenda (one of which subsequently became public but not in a manner that would really allow me to identify it).  I've posted before (in the abstract) about the way in which using closed meetings and confidentiality processes shut down real discussion but this was an empirical example. The board plans to study it's governance practices further.  One can only hope that the result will be more transparency and democratic openness.

Elites seem to create intriguingly bifurcated worlds of operation for themselves. Their internal networks and social webs are often open and inclusive (that is, inclusive of folks of like mind and like wealth). At the same time they guard the perimeter of those networks with a ferocity that borders on frightening to the uninitiated.  Leaderships of major organizations seem to do this as well (as the recent UBC/Furlong FOI shows).  What they don't seem to understand is that their internal bubble reinforces ideas that reinforce the same ideas that , well you get the picture.  They are stuck in a bubble of internal self-congratulations. They see critique from outside their bubble as threatening. Before they even consider it elites often respond with ferocious intensity to discredit, shutdown, and exclude external voices.  This is not a good way to run a public institution (it's likely not a good way to run a private corporation either).

We really need to initiate transformative culture change in the Board.  To do that will require shaking up the nature and structure of board membership. We need to bring in more people from outside the privileged circle of our rather provincial economic elite. Here's hoping that change is on the horizon.


Posted by Charles Menzies at 1:31 PM